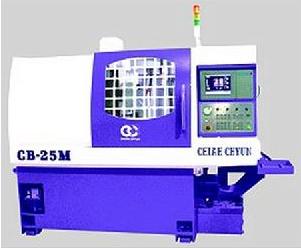 With the continuous demand for economic development in China, domestic machine tool consumption will continue to grow. According to Luo Baihui, an analyst at Jinmo Machine Tool Network, the consumption of machine tools in China will reach 38 billion U.S. dollars in 2013.

Investment in large-scale infrastructure in 2013 will boost China's economic growth, especially investment in high-speed railways, urban rail transit, airports and grid expansion. The process of modernization of Chinaâ€™s industrial infrastructure has accelerated, and the demand for efficient modern manufacturing technologies has increased. Luo Baihui believes that the procurement of machine tools in China will continue to rise. It is expected that the growth rate in 2013 will be nearly 12%, reaching 38.1 billion U.S. dollars.

Luo Baihui pointed out that under the overall economic planning of the country's macroeconomic regulation and control, the Chinese market for machine tools will grow by 14.2% to 389 billion yuan in 2014. This strong growth momentum will consolidate Chinaâ€™s current status as the worldâ€™s largest machine tool consumer and producer.